Looking Back and Moving Forward: Writing Goals for 2023

Looking Back and Moving Forward: Writing Goals for 2023 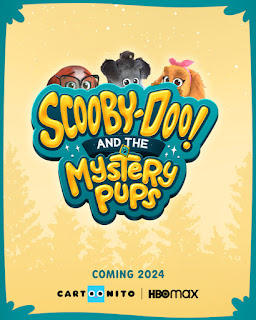 2022 was a busy year for me. For the first time in too long, I scored an amazing animation writing gig. Huzzah! I’m currently freelancing on “Scooby-Doo! and the Mystery Pups” for Warner Bros Animation and loving every minute of it. It’s a preschool show that doesn’t talk down to the little ones, so don’t worry, parents, guardians, and animation-loving adults, you won’t have to leave the room when it comes on. There’s a huge lead time in animation, so SDMP won’t start streaming until in 2024 (HBO Max/Cartoonito).

In other 2022 news, the editing on WW (Ghost Star Adventures Book 2), working title, is nearly complete—so close that I’ve taken the step of commissioning eBook and print covers for this fun, action-packed sequel to my YA space opera, Ghost Star. I received a preliminary/test cover yesterday that blew my mind thanks to cover coolness overload. WW will be published in early January of next year. General announcement and cover/title reveal to come.

Speaking of 2023, I have a few author/writer goals lined up…

1.      1) I solemnly swear I’ll finish the novel-length version of Undrastormur (A Viking Fantasy Adventure). As mentioned last year, I’m updating and combining the first two shorts with an all-new third adventure. The end result will be a stand-alone middle grade, fantasy adventure novel set in the fascinating world(s) of Norse mythology. I’m so close to being finished and just have to knuckle down and get it done.

4.      4) Lots and lots of novel and short story ideas (thinking about giving Vella a try) that I’ve made note of but won’t even begin to entertain starting until I complete goals 1-3. 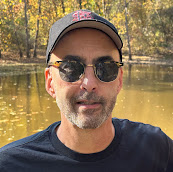 Roger Eschbacher lives in Los Angeles with his awesome family, a hilarious Border Terrier, and a grumpy Russian tortoise.

Ghost Star and other books by Roger are listed on his Amazon Author Page which can be found HERE.

Q: I thought you might be able to offer some advice to a writer jumping head-first into the animation industry. While I've been a writer for some time, I've just now been able to gain representation for screenwriting. Would you have any advice for a writer just starting to get work? Should I rely solely on my agent to get me jobs on shows? How would you recommend getting started with work beyond the commercials and website things I've thus far been hired in? I know it's a tough business, but I'm excited to put the work in and willing to take the advice of those who've been there and succeeded. 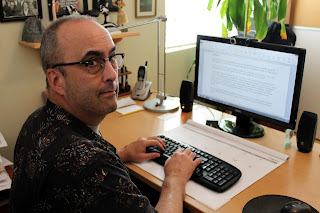 A: By getting an agent, you've already taken the biggest step toward gainful employment. Having an
agent is vital as they set up pitch meetings for you and submit your writing samples to the different shows. To answer your question, no, you should not rely (solely) on your agent to get you work. An agent is better viewed as a team member, a person who helps you get work. In the meantime, network and do your best to make personal contacts. The old saw that it's "who you know" has a lot of truth to it. I find the longer I'm in the business, the more work I get from people who've hired me before.

Another bit of advice would be to keep writing script samples for sitcoms, screenplays, anything that your agent can use to submit you for jobs. The more practice/skill you have in writing scripts, the more confidence you'll gain and the more likely you are to get work as a writer.

Pt.2 of this FAQ will be a follow up to this question.


**
Thoughts about the above question or about animation writing in general? Leave them in the comments or send it to me via the CONTACT tab.
at September 01, 2018 No comments:

Email ThisBlogThis!Share to TwitterShare to FacebookShare to Pinterest
Labels: and other writing, animation, the craft 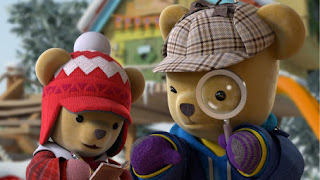 How cool is this? Treehouse Detectives, the preschool series I wrote on last year, begins streaming on Netflix this Friday, 6/8/18. It's a super-fun little show and I think kids are really going to love it.

Please check it out! 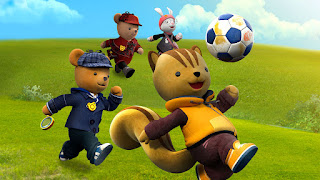 From Netflix:
Treehouse Detectives
2018 TV-Y
When their animal friends need help, brother-and-sister team Toby and Teri use the clues and follow the facts to solve mysteries in their own backyard.
Starring: Brody Allen, Jenna Davis, Ryan Bartley

Email ThisBlogThis!Share to TwitterShare to FacebookShare to Pinterest
Labels: and other writing, animation, Netflix, Treehouse Detectives 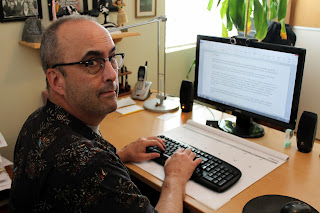 The writing for Treehouse Detectives, the fun animated show I've been working on, is close to wrapping. Our mystery-solving brother and sister bears are coming to Netflix soon and should be a big hit with the preschool crowd.

In the meantime, I need work. Thanks!

Dorothy and the Wizard of Oz 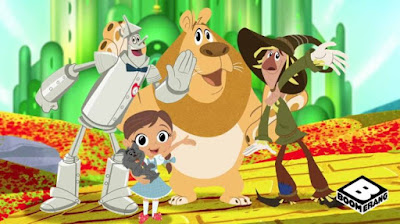 "Dorothy and the Wizard of Oz": I wrote for this fun show last year. It just started airing on Boomerang's streaming service so check it out! #otherwriting
at June 30, 2017 No comments:

Email ThisBlogThis!Share to TwitterShare to FacebookShare to Pinterest
Labels: and other writing, animation

The Pets Are Back! Littlest Pet Shop Returns 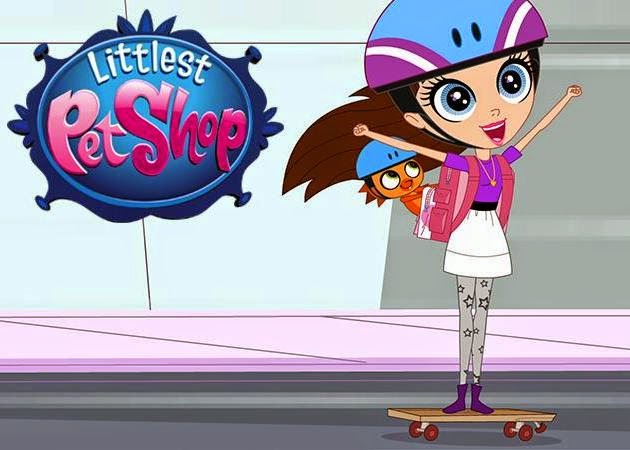 Email ThisBlogThis!Share to TwitterShare to FacebookShare to Pinterest
Labels: and other writing, animation, Littlest Pet Shop 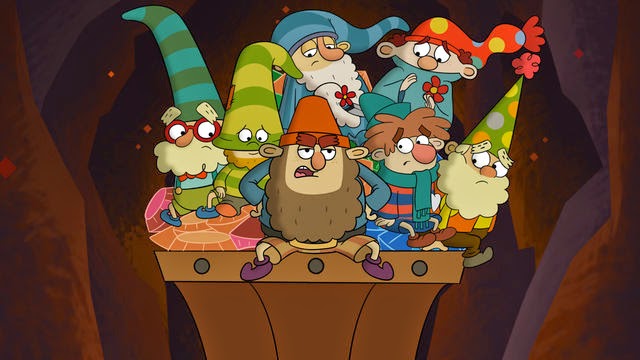 The 7D, a fun little show I wrote for last year, premieres this coming Monday (7/7) on Disney XD.


"The series takes place in the whimsical world of Jollywood, where Queen Delightful relies on the 7D – Happy, Bashful, Sleepy, Sneezy, Dopey, Grumpy and Doc – to keep the kingdom in order. Standing in their way are two laughably evil villains, Grim and Hildy Gloom, who plot to take over the kingdom by stealing the magical jewels in the 7D’s mine. With seven very distinct personalities, the 7D always manage to save the day and send Grim and Hildy running back to their evil lair to try another day."

Email ThisBlogThis!Share to TwitterShare to FacebookShare to Pinterest
Labels: and other writing, animation, Disney

Check out my most recent episode of Littlest Pet Shop, the season one ender entitled, "Summertime Blues."