iAi Bloggers' Book of the Month: AFTER THE WAR by Autumn Birt

Peace is not what it seems… 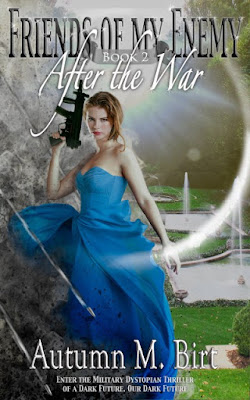 How do you remove a war hero from power?
Known as the Lady Grey, her leadership won the apocalyptic war that ravaged Europe. But now in 2068 and three years into the official peace, the alliance she’s maintained with the seven ministers who rule Europe falters under the lack of an external threat. They want back the power she claimed in a bid to protect the continent; an authority they never authorized. With no war, she is no longer needed, even if she safeguards the borders from a threat that is hiding more than is dead.

But how do you plot the downfall of a popular wartime heroine – a woman who controls the armed forces? One dent at a time…

Continue the military dystopian series Friends of my Enemy with book 2, After the War. After the War can be read without reading book 1, Stories from the War, so join the near future thriller now!

Set in Europe, this series unfolds through the intersecting lives of a small handful of people. Though a fiction novel, real events such as terrorism, climate change, and manipulated politics play a role in this riveting story of romance, love, betrayal, and sacrifice made for the good of a continent.

Purchase AFTER THE WAR. 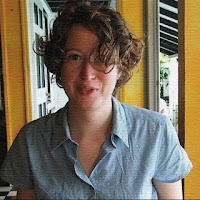 Autumn Birt (also known as Weifarer) is an indie author, conservationist, & world traveler with plans for many more adventures both real and fantastical! She is currently based in Maine where she lives in a small cottage lost in the woods, which she built with her husband along with the supervision (and approval) of two Cairn terriers.
at September 04, 2015