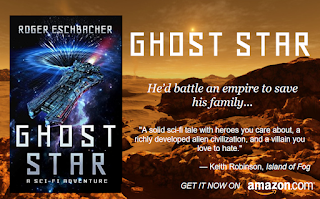 He'd battle an empire to save his family!

When his father is killed by a ruthless alien commander, young Galen Bray becomes the new captain of the notorious GHOST STAR. Now it's up to him to save what’s left of his family.

Available on Amazon: https://amzn.to/2Ip8kHq #YA

When his father and crewmates are attacked and killed by a ruthless alien commander, young Galen Bray becomes the new captain of the GHOST STAR, a notorious smuggling vessel. Barely escaping capture, Galen sets out to rescue the only other survivor of the vicious attack, his sister Trem. Along the way, he discovers a mysterious people thought wiped out long ago, his family's surprising origins, and a destiny he never imagined . . .
at June 25, 2022

From my awesome publishers:  "The Kindle Press team is excited to let you know that Ghost Star will be promoted via Teen & Young ... 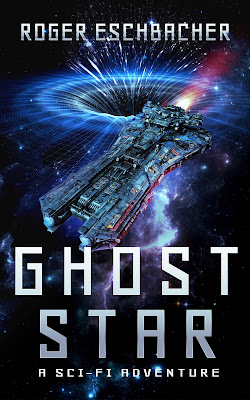