I came to that (possibly sad) conclusion yesterday after spending most of the day trying to decide which font I'll use for my novel, Leonard the Great: Dragonfriend. As I've mentioned before, when you self-publish, you have to do everything -- including formatting and choosing the font for the interior pages of your book. There are very talented professionals in traditional publishing whose only job is to do just that so you know the importance the big guys attach to this part of the publishing process. They're called Book Designers and they (the good ones, anyway) live for their craft, delighting in choosing just the right font for a particular book. Check out this cool little collection of video shorts from Penguin to get an idea of what I'm talking about. These folks are passionate!

While I'm not as energized by the subtle differences between Arial, Helvetica, or Georgia, I did totally key in to the importance of font choice. A lot of the pros use pricey custom fonts with names like Minion, Bembo, and Gotham that are purchased from font or type "foundries." These days custom fonts are largely designed at corporate entities like Adobe or Apple, but a surprising number are still created by much smaller companies and individuals. To give an idea of the costs involved, Adobe currently lists their "Font Folio 11" (with over 2300 fonts) for $2599.00. An individual font like "Adobe Caslon Pro" currently costs $169.00. Why so expensive? I'm guessing it's because the designers not only had to create individual numbers and letters for each font in its "regular" form, they also had to do their complete alphabet in italics, bold, bold italics, and so forth. That's a lot of design work.

A large publishing company can justify dropping that kind of cash to make their books look "just right," but that's definitely out of my league. The good thing is that even the lowly Microsoft Word foundry has a fairly impressive array of fonts to choose from -- for free (well, not technically, but you know what I mean).

Conventional wisdom holds that large blocks of printed text are easier to read when in "serif" form. With a serif font (Times New Roman, Bookman Old Style, etc.) you get letters with little flourishes or "semi-structural details," a letter with "feet," for example. Sans serif fonts (like the aforementioned Helvetica), on the other hand, have none of these embellishments and are considered easier to read on your computer screen because of their simplicity. Side Note: This blog's composition font (what I see when I'm writing it) is serif but its display font (what you see when reading it) is sans serif. I have no idea why Google does it this way.

Since I was choosing the text font for a printed book (which includes the Kindle edition with its "virtual ink" technology that, even though it's digital, is seen by your eyes as a regular printed page and not a "screen"), I stuck with the numerous serif fonts available. I formatted my novel in a 6x9 configuration (the eventual "trim" or final size), single spaced, and "justified" on both sides. I have to say that it was no small thrill to see my little manuscript properly formatted for print -- it looked just like a "real" book! Next I did "select all" and applied the serif fonts to the manuscript pages, one at a time. Wow! Talk about cool. Yes, it was about this time that the "font nerd" term came to mind.

The differences were subtle yet impressive. MS Word's default font is "Times New Roman" and using this one, the manuscript came out to 248 pages. Because of seemingly insignificant attributes like letter size and spacing between characters, other fonts dropped it down to as low as 234 or pushed it all the way up to 309! I had done a little internet hunting to see what fonts professional book designers and other self-pubbed authors were using and if those fonts were listed in Word, I gave them a shot.

I chose eight serif finalists that seemed to offer visual appeal and that elusive "readability" factor. If you think I'm making too big a deal about this, think about the times you may have had difficulty getting through a book even though you were enjoying the content. This usually happens to me with sci fi paperbacks from low-end publishers who end up reducing their fonts to the smallest readable size possible with minimal spacing between characters, sentences, and paragraphs. They do this to save money as more pages means higher production costs, but the end result is a high degree of unreadability that sometimes makes it seem like I'm looking at a solid page of side by side letters rather than words and sentences. That's what readability is all about -- a pleasant-to-look-at font on a properly formatted page.


"Leonard felt that he had truly lost his mind when he found himself jumping over the bridge wall and sliding down the muddy banks of the Smellet River toward a very large dragon that he really didn’t know at all."

As you can see, it's a "friendly" font with good spacing between individual letters/words and a high degree of readability. I really like it.

Should this post be taken as an expert treatise on font selection? Heck no! I basically stumbled around until I found something that worked for me. But if you're an independent author who's having to design your own book's interior, I do hope that you'll give font selection the attention it's due.

By the way, after all that exploration and experimentation I decided to see what font was used in the Harry Potter books since they have the same target readership as Leonard. 12pt. Adobe Garamond! I'm not sure how Adobe's Garamond differs from Microsoft's (enough to be proprietary, obviously), but I couldn't tell the difference and as far as I'm concerned, what's good enough for Ms. Rowling's little trifle is good enough for mine!

Got any font or formatting love to share? Leave your thoughts and tips in the comments.
at June 08, 2011

Email ThisBlogThis!Share to TwitterShare to FacebookShare to Pinterest
Labels: Leonard, self-publishing, the craft

Garamond is great, but please check the word spacing. It seems overly wide. I started my career as a graphic designer, so I love fonts and type. Also ask (if you can find someone to ask) about the leading and kerning of the letters that is happening as a result of the justified pages.
And please consider at least some special initial caps for your chapter headings or first lines...something like the letters from an illuminated manuscript.
You know I am a huge Leonard fan, and want it to look the very best.

Thanks for the excellent advice, John. Love the idea of special initial caps! I will look into leading and kerning, too. I'm sure there are resources on the web that will help.

This was such an interesting and informative post, I had no idea how involved the whole font process is! You learn something new every day.fi

Thanks, Christine. Yeah, I think I'm finding all this font and formatting stuff a little too interesting! It is vital to the overall appearance of the book, though, so I think I'll obsess a little while longer. ;c)

Yes, font selection can be a real challenge. One of the sites with loads of information on fonts and foundries is http://new.myfonts.com/ They also have a monthly (or so) newsletter where they explore new and popular fonts, or where they interview designers of fonts. Also they offer fonts for free and also a lot that can be purchased. Really looking forward to read the book :)

Thanks for the tip, Japke. That's a great site!

I'm looking forward to sending you a copy of Leonard! As I check things like picking a font off the "to do" list, that day gets just a little bit closer!

John's right about checking the word spacing, but I've found that a font can look different from one size to another, and the most notable change is when it gets down to a really small size. The example on your page is smaller than 12pt and as a result the lettering does seem "wider" than it normally would be. I checked in Word and 12pt is a nice size with compact spacing, so it looks good as far as I can see.

I like Garamond, but the reason I didn't choose it was because of the italics, which seem overly compressed. For this very reason I researched and obtained a font called Century Schoolbook, which is gorgeous and has really nice italics... but in the end I found that it took up too much space and added too many pages. This seems lame, but I went with Times New Roman in the end because it seemed to work for my smallish print. But if I had room to play with a bigger font, I would use Century Schoolbook. (If you happen to want a copy of the font, I'll gladly send it to you.)

I honestly can't see the point in spending ANY money on fonts when there are plenty available for "free" -- as Harry Potter's Garamond proves!

Oh, and going by your example -- as far as I understand it, the indent size is perhaps a little too big? Perhaps half that size would work?

After all this, and if you haven't already, start reading up about orphans and widows. Now THAT's some head-spinning reading! :-)

Thanks, Keith! I think you're right about the indent and will look into that.

I liked Century Schoolbook, too, but dismissed it for exactly the same reason you did -- it added too many pages. As we've discussed, it's a real balancing act to keep the book's price as affordable as possible and still make some "profit." Unnecessarily high page count makes that a difficult proposition, at best.

I saw mention of "orphans and widows" somewhere along the way and decided not to look into it (yet) for fear of having my head explode! 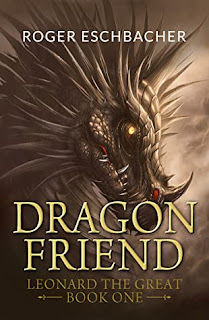