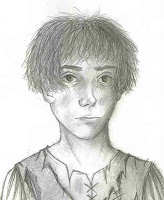 "If you think it was all good deeds and fancy ideals back in the days of Camelot, think again. Most people don’t know this, but for a time things went seriously bad; Arthur was imprisoned, Merlin had vanished, and a vile demon had taken over the throne.

Young Leonard Albacore would have been shocked to learn any of this but right now all that concerned him was where his next meal was coming from. As page to Sir Ronald, a poor but kind knight, events at the castle took a back seat to a rumbling stomach.

Everything changes when Leonard meets Mantooth, a seriously depressed dragon who’s looking for a knight to end his misery with a swing of a broadsword.

Wait a minute. If the dragon will allow Sir Ronald to slay him, his misery would be over, Sir Ronald would surely get a Round Table invite for such a brave deed, and Leonard might even climb a notch or two in the eyes of Glennys! Everybody wins, right?

Wrong. Leonard’s plan backfires horribly when, on the day of the battle, Sir Ronald is arrested for “bravery without a license” and he and Mantooth are dragged off to Camelot’s dungeons. Now Leonard must do whatever it takes to free his master even if that means doing battle with dangerous monsters, trying to outwit Camelot’s dark overlord, or even taking a bath!"

Next, the judges will read manuscript excerpts from all those who made the cut and choose some to move on to the Quarterfinals. It's a huge long shot, but hopefully they'll like mine.

Prayers, positive vibes, and finger crossings on Leonard's behalf are more than welcome. Thanks!

Update: Leonard didn't make it to the third round of ABNA, but he did get farther than he did last year so I can't complain.

Popular posts from this blog

Earlier this year I wrote a bunch of scripts for "Hello Ninja". It's an awesome new series that starts airing November 1st on Netflix! #justannounced#checkitout#netflix#helloninja#atomiccartoons#action#fun To read the full announcement, CLICK HERE!

So this is pretty cool. The Kindle Press team notified me that Amazon is running a promo for Ghost Star via Science Fiction and Fantasy Kindle book deals. Yay! The promotion is in the US marketplace and the book will be on sale for $0.99 starting 7/1/19 and running through 7/31/19.

In semi-related news, Ghost Star has been a top 90 bestseller in Science Fiction (Kindle Store) for the past several weeks and currently ranks at #61. Double yay!

**
Sci-Fi/Fantasy novelist, picture book author, and TV animation writer (you probably grew up watching at least one of his shows), Roger Eschbacher lives in California with his awesome family, a mellow tortoise, and a very silly Border Terrier.