Q: I have a teleplay. I've heard there are different formats for scripts. My format consists of the heading, dialogue, and description being 1.25 spaces from the left edge of the paper. The character names above their dialogue are the only things I indented. My page numbers are at the bottom right

of the paper. Keeping in mind that there are different formats for scripts, is my format correct?

A: There are two main script formats -- sitcoms and screenplays. With the exception of "act breaks" (the annoying advertising part that pays for everything), the hour TV dramas are usually written in standard screenplay format. In this format, the margins are small, the dialogue is indented from the action description, and the character names are centered over the dialogue. Sitcom scripts are similar but the margins are wider and the dialogue is double-spaced.

I would recommend that you find a show that is similar in style to your teleplay (half-hour comedy, etc.) and then set about getting a copy of a script for that show. There are various online resources. In order to be taken seriously, you should make your script look like this script from an existing show -- one that was generated by a professional. 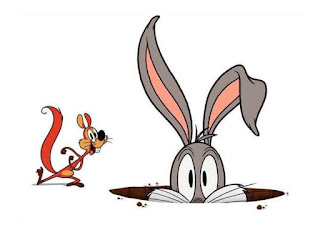 Another thing you might want to consider is purchasing some script writing software. These contain script templates for many kinds of television and film scripts and even things like plays, novels, and radio scripts. I have used both "Movie Magic Screenwriter 2000" and "Final Draft". Final Draft seems to be more popular among professional animation writers, to the point that it’s considered the industry standard, but both are good. These applications can be kind of pricey ($100 - $200+) because of their narrow appeal (professional writers) but I found they seriously increased my productivity and so are worth every penny.

One more thing; the page numbers go in the upper right hand corner.


**
If you have a question about writing for animation, send it to me via the CONTACT tab. If you have your own thoughts about this particular question, please leave them in the comments.
at March 17, 2018