iAi Bloggers' Book of the Month: THE PUPPETEER KING by Chris Ward 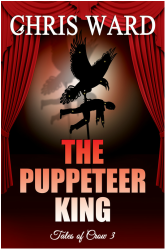 Once-human monsters, giant robot spiders, human statues and a madman with a thirst for destruction … Professor Kurou is back and more dangerous than ever.

After five years of incarceration, Jun Matsumoto is released from a mental hospital. With his hatred for Professor Kurou still consuming him, he enlists the help of some old friends and tracks his nemesis to Barcelona, where he hopes to rescue Ken Okamoto’s missing daughter, Nozomi.

Kurou, however, has a master plan that will not only destroy one of the greatest landmarks in mankind’s history, but bring war to an entire nation. Jun must battle not only ghosts from his past and his own failing mind, but a man who is now the undisputed Puppeteer King…

From the author of the acclaimed Tube Riders trilogy, The Puppeteer King is the third volume in Chris Ward's Tales of Crow series, a blend of science fiction, fantasy and horror set in the near future.

The Tales of Crow Series:

#1: They Came Out After Dark
#2: The Castle of All Nightmares
#3: The Puppeteer King
#4: The Circus of Machinations (coming soon)

Chris Ward is a native of Cornwall, England, but currently lives and works in Nagano, Japan. He is the author of The Tube Riders Trilogy, The Man Who Built the World and Head of Words, as well as numerous short stories and collections. He spends his time snowboarding, writing, playing guitar in his rock band, Steampunk Unicorn (www.reverbnation/steampunkunicorn), and generally having too much to say about just about everything. 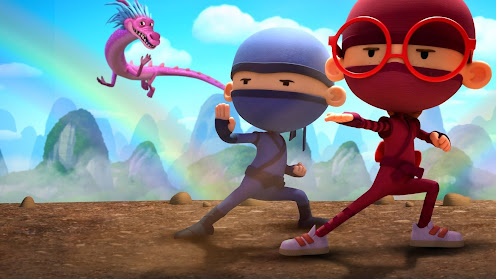