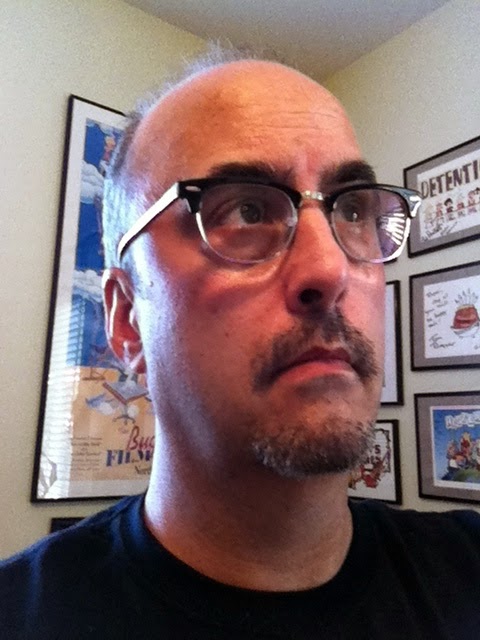 Just revamped my author bio (the one I'll be using here and elsewhere on the web). Take a look and let me know what you think. Suggestions are welcome.

"Roger Eschbacher was born in St. Louis, Missouri, and moved to Los Angeles, California, to pursue a career in entertainment. He's been an actor and a television writer (his page on IMDb reveals the whole grisly story). These days he works primarily as a TV animation writer who's written for a lot of shows you've heard of and a lot you haven't. Somewhere along the way he even managed to get nominated for an Emmy. In addition to "Dragonfriend," his debut middle-grade fantasy adventure novel (winner of a 2012 BRAG Medallion) and "Giantkiller," its sequel, he's also written "Undrastormur: A Viking Tale of Troublesome Trolls." To learn more about Roger's books and other writing, please visit www.rogereschbacher.com."