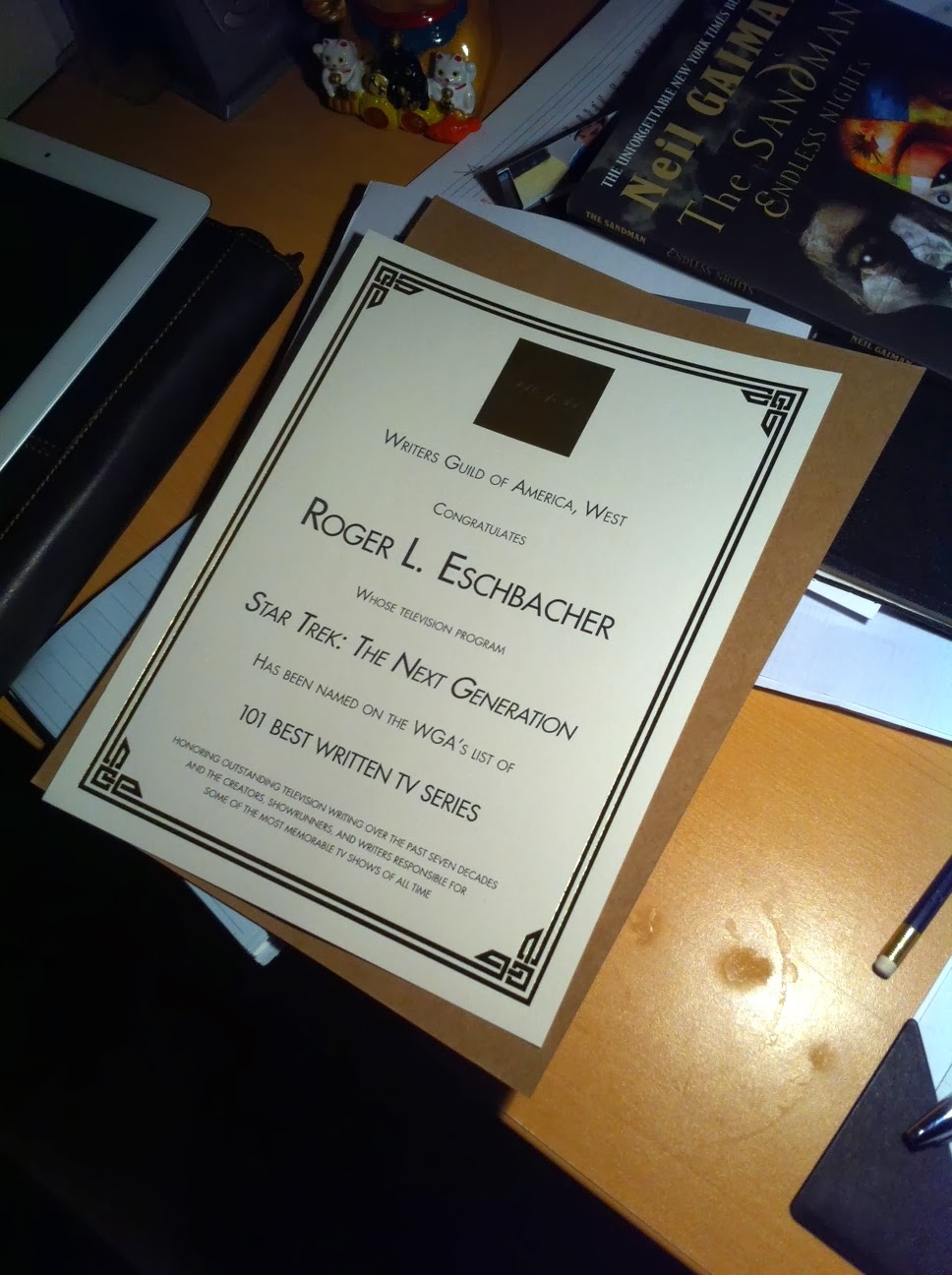 Back in 1993 Jaq Greenspon, a friend from my days at the Groundlings, and I went to Paramount to pitch some story ideas to the folks at Star Trek: The Next Generation. Jaq was aware that the show had an open invitation to published sci fi writers (Jaq is one) and since we're both sci fi/fantasy nerds who would frequently chew the fat on the subject he graciously asked me if I wanted to go in and try and sell something. I readily agreed. We met and came up with a bunch of story springboards and made an appointment. The writer/producer we met with (can't remember his name) was relatively cool/ neutral to the ideas we were pitching until it came to the very last one:

"Picard is taken captive by a Mark David Chapman-like fan of his military career."

In other words, the kidnapper was a fanatical Picard groupie. At that point, the producer's eyes brightened and he said something to the effect of, "I like that one. You know we have a lot of hardcore fans of this show." Oh really? (you're looking at two of them)

They bought the idea which we developed into a story that eventually was handed over to a couple of staff writers who turned it into the episode entitled "Liaisons." The whole process was loads of fun and I'm grateful to Jaq for getting us in there.

So. . . today in the mail I got an "award" certificate from the WGA (see above). They've apparently placed the series on their list of the "101 Best Written TV Series" and even though Jaq and I contributed to the show in a tiny little way, the Guild wanted to make sure we were recognized for it. 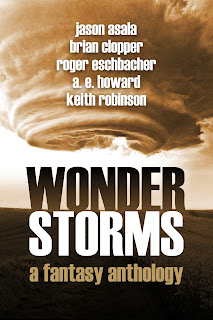 Wonderstorms: A Fantasy Anthology went live on Amazon this past Wednesday. Huzzah!

This book is a collection of short stories from a group of five fantasy authors -- Jason Asala, Brian Clopper, A.E. Howard, Keith Robinson, and myself.  Each story is set in its own unique world with the common threads being the title of book and the element of either fantasy or sci fi.

The stories within are all a lot of fun and contain each author's interpretation of a wonderstorm. My story, Undrastormur, happens to be a Norse fantasy-adventure in the "classic" style while the other stories are set in modern day or alternate realities.

The cost of Wonderstorms is a rock-bottom $.99 but if that's still too rich for your blood, you can wait a couple of weeks for it to drop to $.00 due to Amazon price-matching. Our goal was not to make bank with this particular effort, but to put out a quality read that showcased each author's writing talent.

I believe the stories in Wonderstorms are all quite good and invite you to pick up your copy today -- or in a couple of weeks. ;) 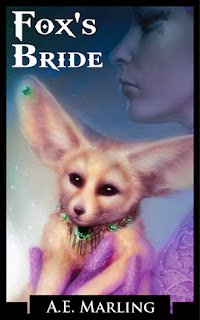 Fox's Bride, the sequel to author Marling's impressive Brood of Bones, continues Enchantress Hiresha's wildly imaginative adventures. This time we find her in Oasis City, the macabre playground of a truly evil and seemingly invincible sorcerer bent on eliminating her as a threat to his shadowy rule. Assisted by loyal spellsword Chandur, cantankerous maid Janny, and the deadly Lord of the Feast, Hiresha must find a way to expose and defeat the fiend before she's sacrificially married off to a desert fox and sealed in an airless sacophagus for all eternity.

Marling is at the top of his game in Bride, weaving a complex mystery full of magic (both dark and Hiresha's unique gemstone-based variety), humor, and flat-out adventure. Fox's Bride is a rich and complex read that I highly recommend.

To find out more about A.E. Marling and his books, please visit him here.
at December 12, 2013 No comments:

My Updated Writing for Animation FAQs 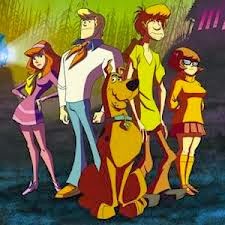 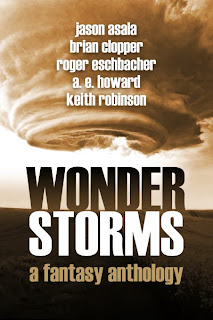 Well, technically, I have a story in Wonderstorms, a new fantasy anthology that's coming out in the next week or two (sometime between 12/10-12/20). That's right, I finally have something new being published. Stop laughing. I'm a busy guy!

We five authors were given the challenge to write a short story based on the book's title. The only other stipulation was that it had to be fantasy-based. That's all we got. And so I sat down at the end of September and began working out Undrastormur (a cobbled-together Icelandic phrase that translates to. . . care to take a guess? You got it. Wonderstorm.

Icelandic, you say? Yes! My story has trolls, a draugr (the Viking equivalent of the walking dead), a bold shield maiden, and a couple of galdrakarls (Norse wizards). I'm very pleased with how this anthology turned out (all the stories are quite good) and hope our readers enjoy it, too.

I'll share more details as they become available. In the meantime. . .stop laughing!
at December 04, 2013 No comments: 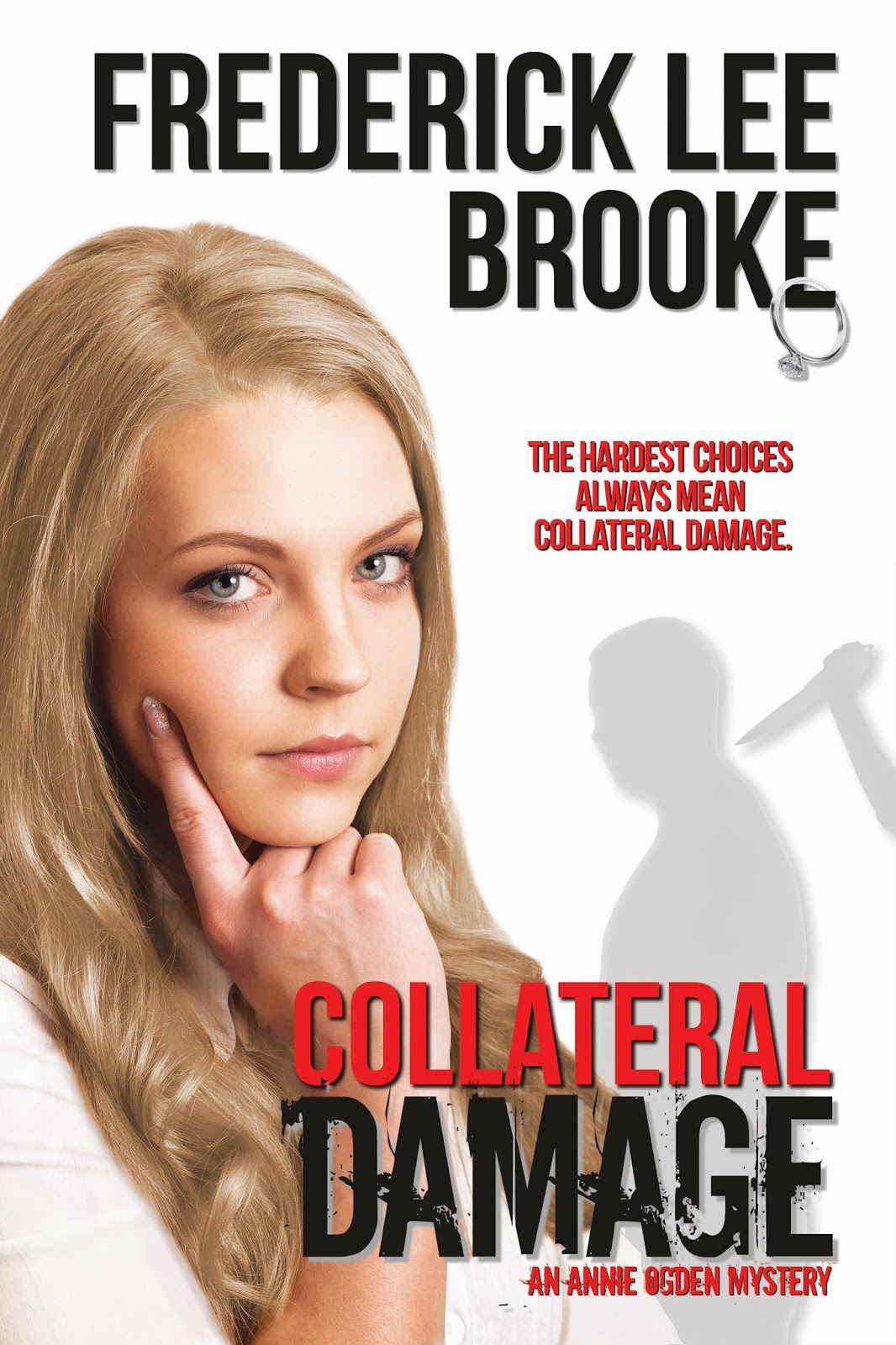 A love affair, obsession and murder are threatening to tear apart the lives of of Iraq War vets, after all they’ve survived overseas. Determined to find the murderer, Annie Ogden discovers she’s his next target.

Five hundred, twenty-three days, I thought, what is it about that number? I took too many math seminars. I can’t help it if my brain makes these associations. They come to me at odd moments. The significance suddenly occurred to me, like an email dropping in my inbox. Prime numbers. The one hundredth prime was 523. In itself it had no meaning, and yet…a coincidence like this, a number that was such a tremendous thing of beauty, in the canon of all numbers, prime numbers in themselves being exquisitely beautiful, and today being the one hundredth prime, a thing exponentially more beautiful than any ordinary prime, and this being the very day that Michael chose to reappear in my life bringing a love poem, after all my desperate pining and longing and refusal to give up all hope. Could it really, truly be meaningless?


My sister stood across the room, arms folded over her chest.
“You have come a long way, Annie. Sometimes you do amaze me.”
“You think so?”
“Girl, I am buying you lunch. You were so strong. That was so hard. I saw every bit. You deserve more than a reward. You’re up for sainthood.”
She took me to lunch, and afterwards we strolled down Michigan Avenue, and all afternoon I had trouble containing myself, even if we avoided the subject for the next four hours. It felt incredible to be alive. I felt like I was bathing in a circle of sunshine even though the day was cold and overcast. 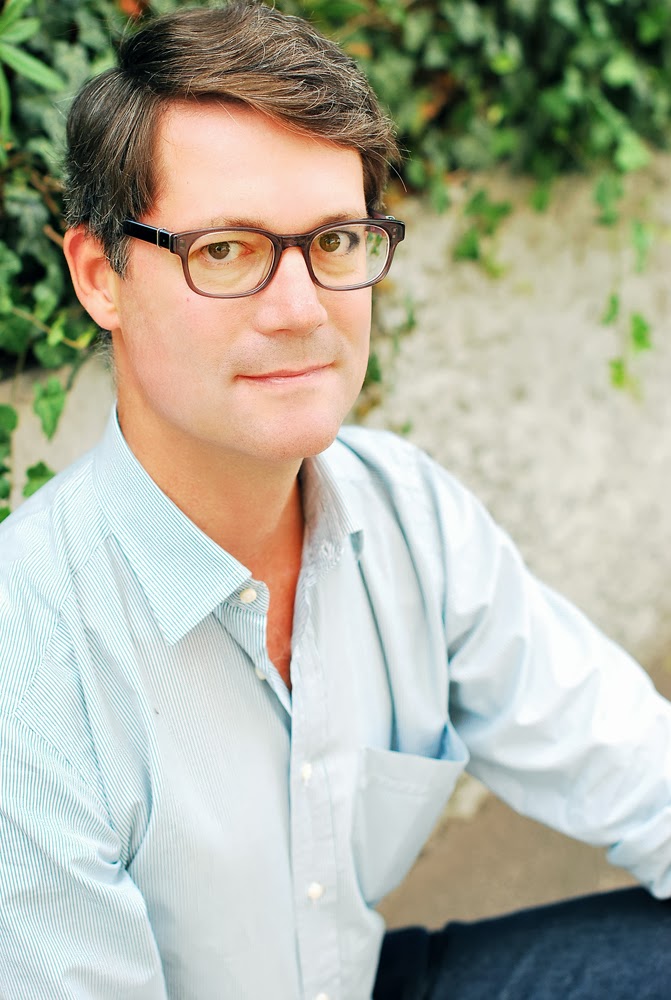 Frederick Lee Brooke launched the Annie Ogden Mystery Series in 2011 with Doing Max Vinyl and following with Zombie Candy in 2012, a book that is neither about zombies nor sweets. The third mystery in the series, Collateral Damage, appeared in 2013. The first book in Fred’s entirely new series is due before Christmas, 2013.

A resident of Switzerland, Fred has worked as a teacher, language school manager and school owner. He has three boys and two cats and recently had to learn how to operate both washing machine and dryer.

When not writing or doing the washing, Fred can be found walking along the banks of the Rhine River, sitting in a local cafe, or visiting all the local pubs in search of his lost umbrella.


You can find out more about Fredrick and his books by visiting these places: