Brian Clopper is one of my favorite indie authors. His books are packed with fun and adventure and I'm looking forward to having you meet him. On a side note, Brian and I have collaborated along with three other authors on a fun short story fantasy anthology entitled Wonderstorms. Highly recommended! ;)

1.  Tell us a little bit about yourself and how you got involved in writing books.

I'm a father of two. I teach fifth grade in North Carolina. The writing bug hit me later in life. I wrote for comic books, mostly self-published projects that I also illustrated. During the time I worked in comic books, I started writing fantasy novels, Graham the Gargoyle and Monsters in Boxers back in 2000. I even had an agent for a time who was shopping Monsters in Boxers, but nothing came of it.

When my family made a major move to North Carolina, I stopped working in comics and focused on teaching and being a dad. After a few years, my daughter asked me if I would write again as she had never seen me do any of my books. I was so excited by her enthusiasm that I dove in.  I made friends with Keith Robinson who was instrumental in helping me publish my books electronically and four years later, I have sixteen books available, one under a penname.

2.  What effect, if any, does your day job have on your writing?
In my day job, I teach writing and science to three classes of fifth graders. This year, I even get to teach my son those subjects as he is in fifth grade. He is a talented writer. In fact, both my children are incredible storytellers and have surprisingly sophisticated vocabularies. I wonder where they get that from.
Working with students daily to inspire them to be creative in writing is inspiring to me as well.They 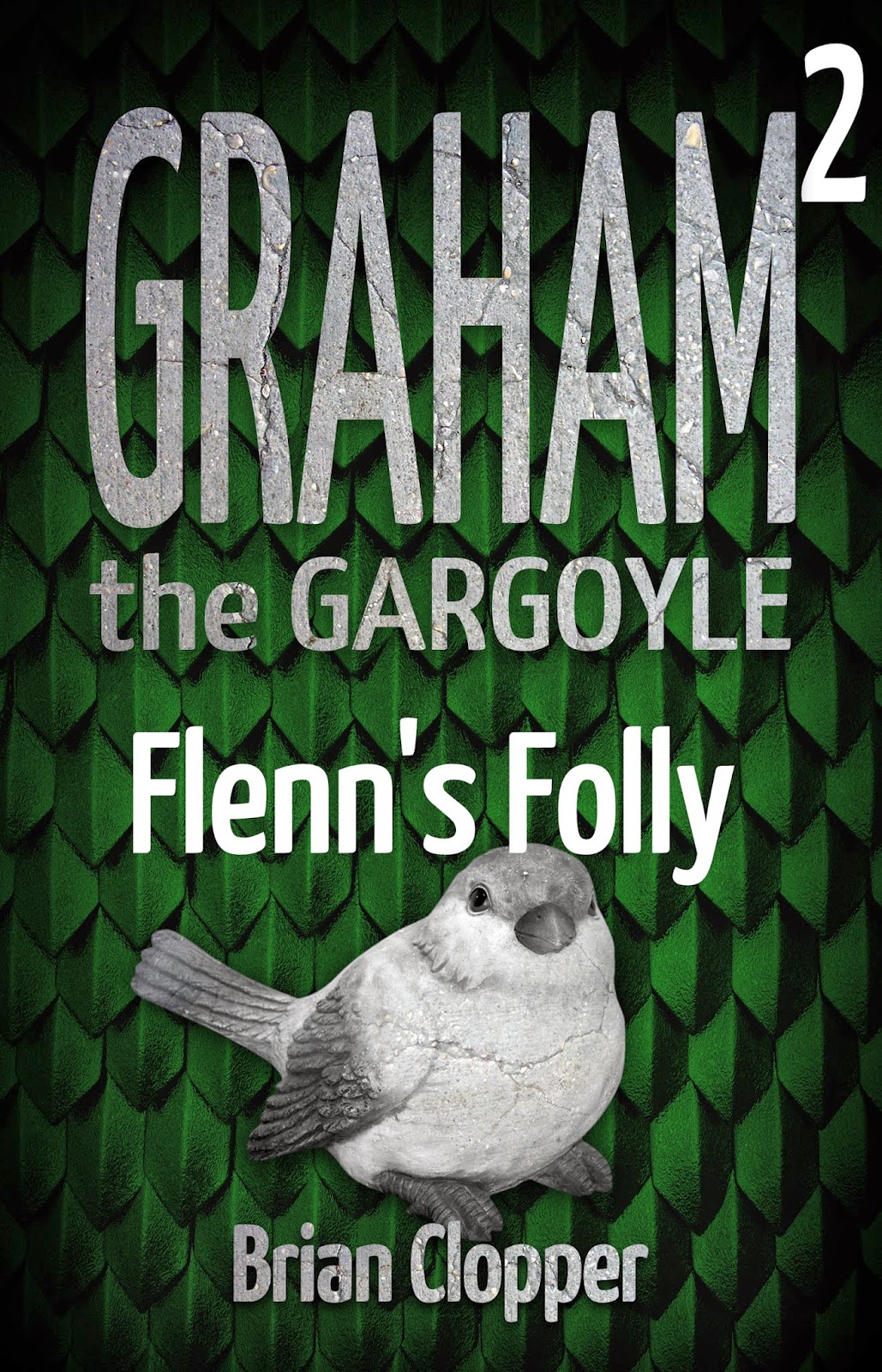 love that I'm a writer and push themselves even more to excel. The climate in the classroom when they write is so exciting. Each of them sees themselves as a writer and they drive themselves hard.
When I come home, I write for an hour about three nights a week and then get another three hours on the weekend. I get even more time when I track out. I teach at a year-round school where I am in for nine weeks and then off for three. During the four three-week breaks I get a ton of writing done. I find I can write 3-4 books a year with this schedule and have done nothing under that range in the four years since I started working on writing with a serious desire.
3.  As an author, what draws you to the fantasy genre?
Fantasy is such a rich genre. I love monsters and magic. I love the possibilities inherent in fantasies. I also think science fiction is the bee's knees too. While most of my books are fantasy, I have done two science fiction books, Fractured with Keith Robinson and my penname book. My heart belongs to fantasy though, so while I will dabble in other genres, I come back to fantasy often.
4.  What are some of the challenges and benefits of being an indie author?
The biggest challenge is I lack the knack for self-promotion. I'd even go so far as to say I hate touting my books. I would much rather devote any time I have to writing over promoting, which is probably why so few people have discovered my work. Part of me wonders if that's a form of self-sabotage. Do I avoid drawing attention to myself so I can deliberately avoid the exposure that comes with driving readers to my books? My shy personality draws a little nourishment from going unnoticed. I sometimes fear that success will come only if I let it catch me.
5.  Take us through your process (from idea to publication) when working on a book. 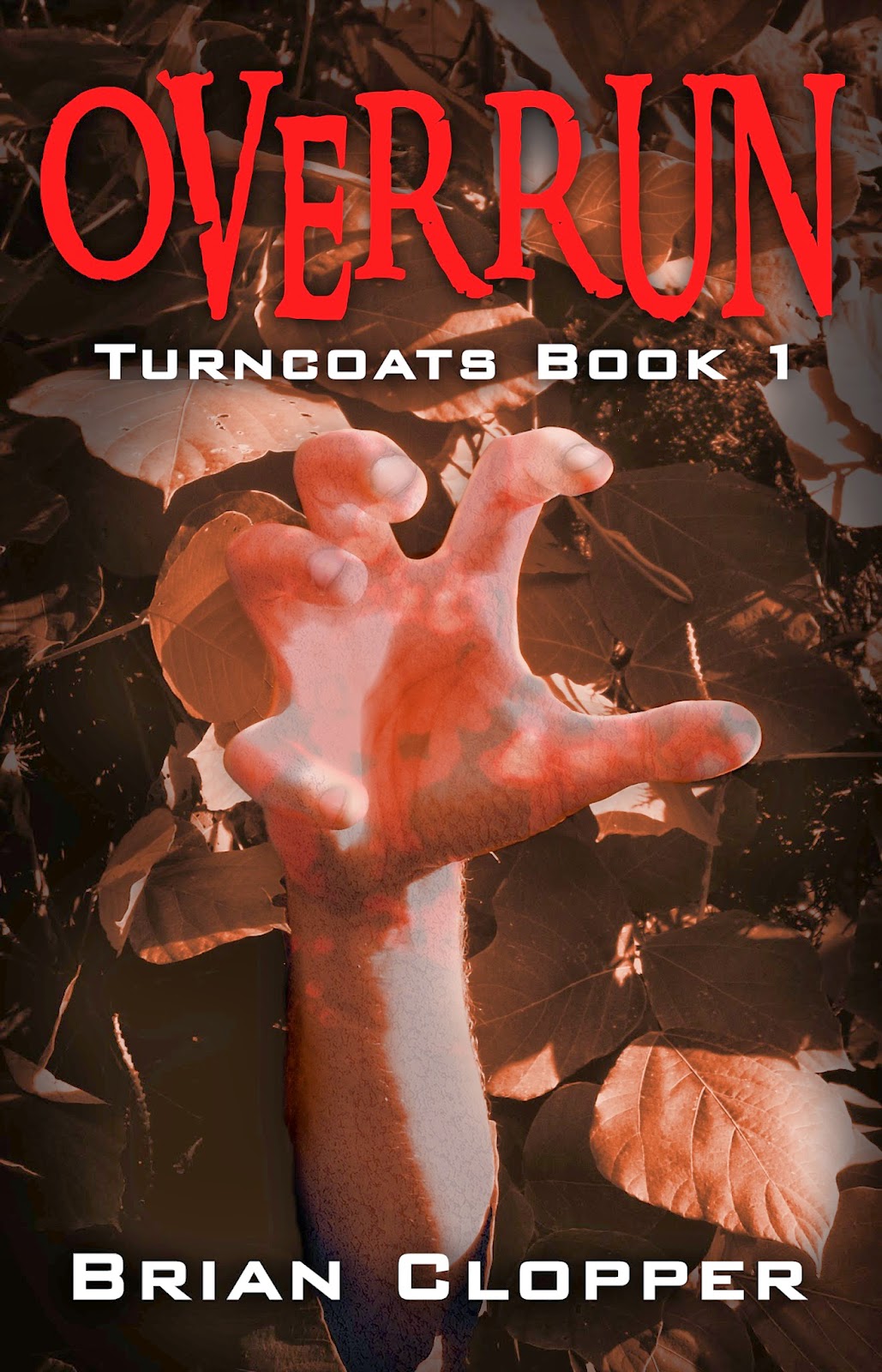 I write very loose. I don't create an outline or a sophisticated map of events. I do write a brief two or three paragraph summary before I dive in, but the final product bares little resemblance to that initial summary. I do jot down signpost scenes of elements I need to include. I let the characters and setting organically grow the plot. I find pleasant discoveries in story elements happen often and never write myself into a corner.
It takes me three months to write the first draft. During that time, I will reread and edit after completing each new chapter. I reread and edit after I reach the halfway mark and then I read it again when the first draft is complete. I then send it out to beta readers and that takes another two months. One of my trusted beta readers, Keith Robinson, reads the book in a google doc and gives me gobs of immediate feedback. You, yourself, Roger, have helped me in this fashion several times as well.
I then take another month to do final edits and one more read-through before publishing. During the three months of beta reading and editing, I am busy writing the first draft of my next book. I am a restless soul and find that pushes me to be more productive. This schedule helps me put out 3-4 books a year.
6.  Name a few of your favorite authors growing up and describe the influence they may have had on your own writing.
I loved Andre Norton. Here Abide Monsters is one of my favorites.  An author that not many know of who really inspired me was Sterling Lanier. His fantasy is an assemblage of frontier savagery and mysticism. It also helps that he lived only about twenty miles from my hometown. Something about knowing that an author is so close at hand creates an immediacy to their craft. I  plowed through tons of Piers Anthony and Robert Heinlein.
In my teen years, I couldn't get enough of Larry Niven, Jerry Pournelle, and Steven Barnes when they worked together. Michael Crichton's books made my twenty-something self pleased as punch. I think my short quick chapters and propensity for cliffhangers can be traced back to his work.
I like stories that explore underground worlds, war-torn futures and can't get enough of zombies.
On the humor side, I delight in Douglas Addams and rank Good Omens by Neil Gaiman and Terry Prachett as one of my all-time favorites.
In the comic book world, Ty Templeton's Stig's Inferno along with Scott McCloud's Zot! are two series that shaped my writing philosophy.
7.  What are you working on these days and what kind of projects do you have planned for the future?
I am finishing up the last 10,000 words of Irving Wishbutton 2: The Revision Ravines. That series is 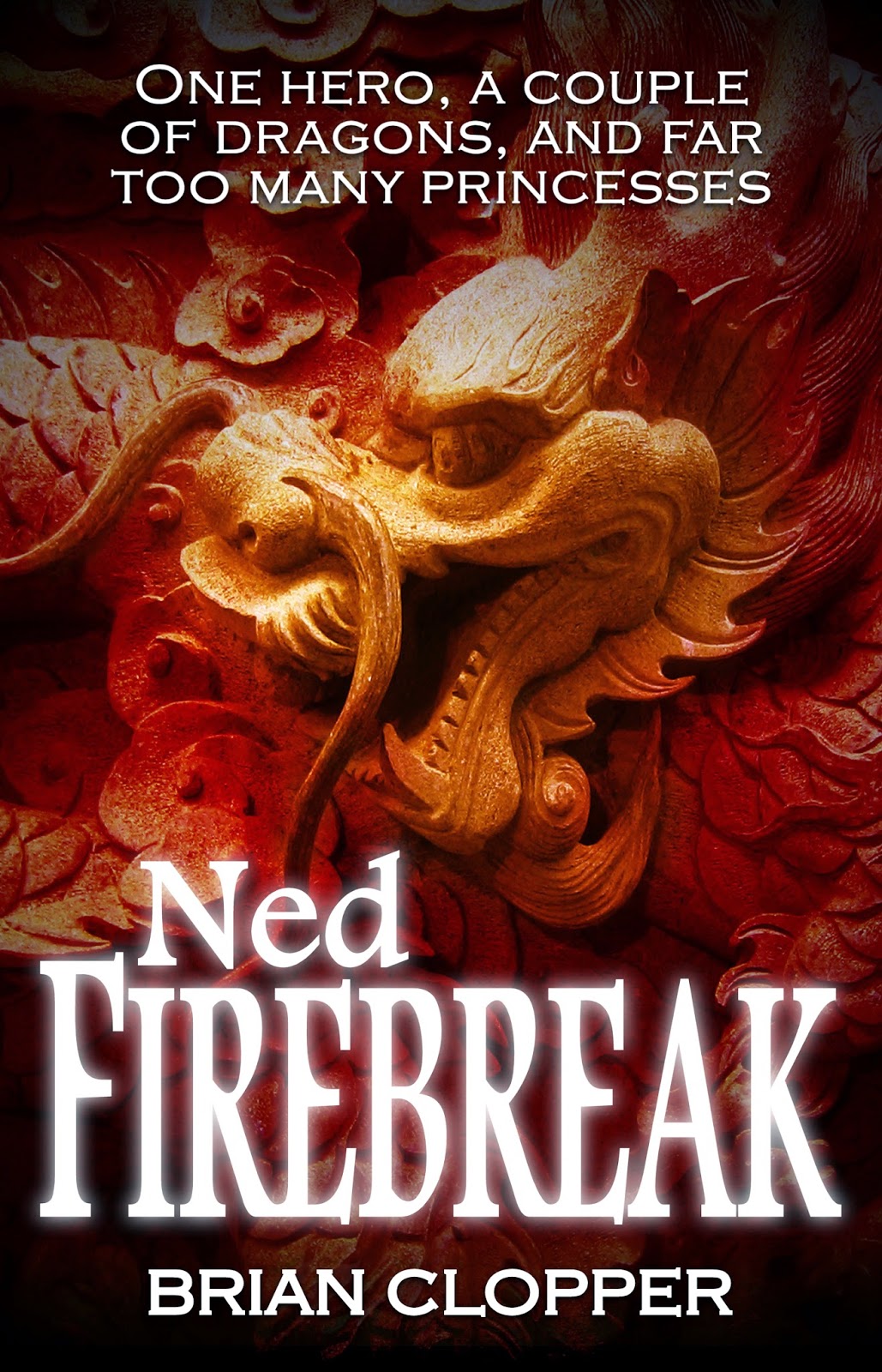 set for four volumes and I plan on delivering a new one every May.
Up next is Overwhelmed, Book 2 of Turncoats. This is my zombie series and has been well reviewed. I get a lot of readers asking me to get book 2 out.
I just published Graham 3 and plan on working on Graham 4 and Monsters in Boxers 2 in the latter half of 2014. If it sounds like this is the year of follow-ups, you'd be right. I am making a focused effort to finish up the series I start. I want readers to know that I am driven to creating new concepts but won't be ignoring the rich fantasy worlds I have already unleashed.
In terms of new concepts, I want to do Evil Impire as a short 40,000 word novel. It is a zany fantasy that ties into the Graham series but can exist as a standalone.
After all that, I really want to work with Keith Robinson on our follow-up book to Fractured, Unearthed. That series has strong reader support and both of us are eager to finish it off. I also want to do another humorous science fiction book under my penname.
It looks like the next two years are going to be busy as all get out. I wouldn't have it any other way.
##
Thanks Brian! 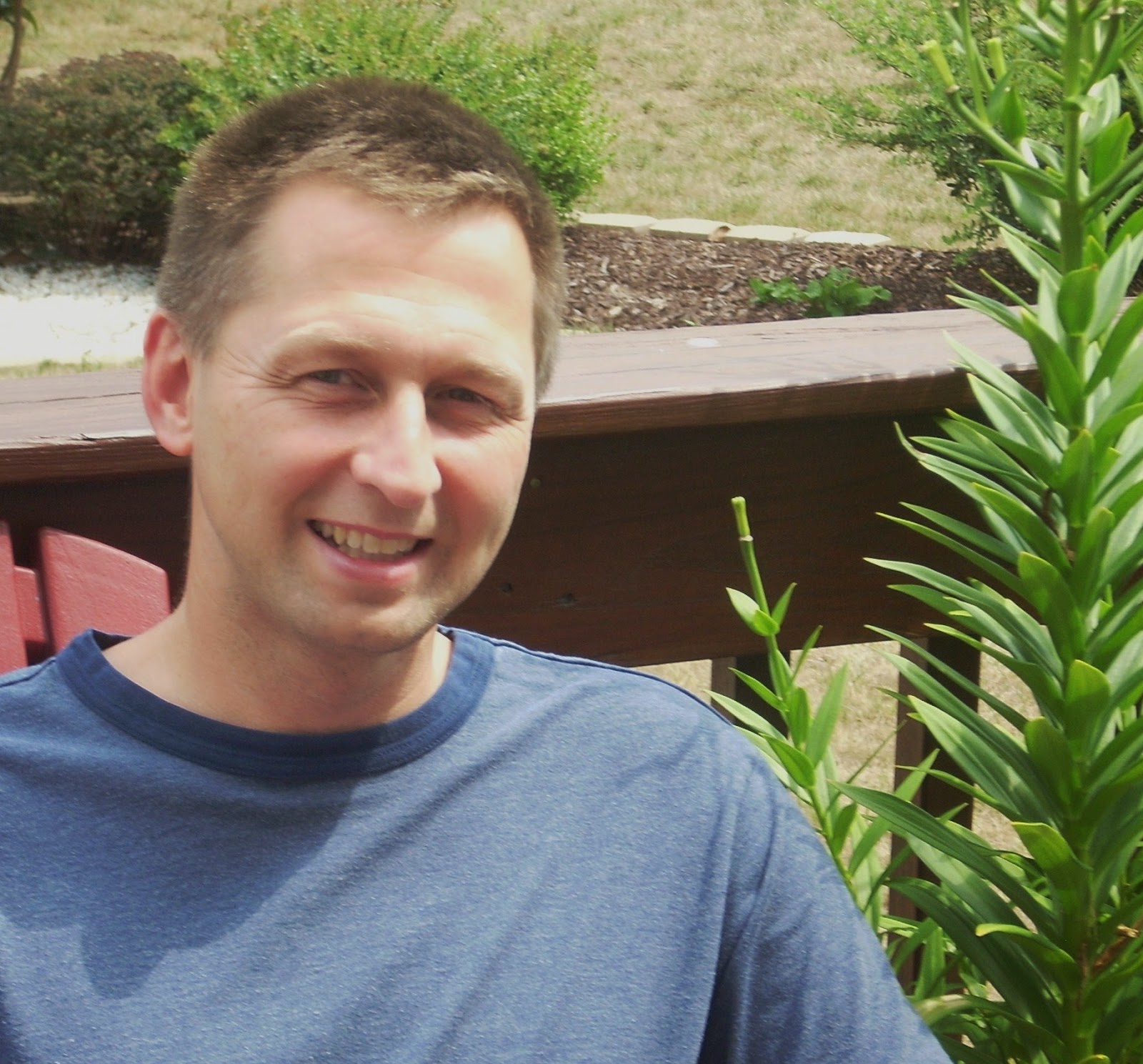 Brian Clopper is an elementary school teacher and lover of monsters. He has been a prolific writer over the past four years, producing over fifteen novels. He enjoys tacos and sushi but never together. When not on the field helping coach his son's baseball team and his daughter's softball team, he can be found reading comics, books and playing far too many video games. His lovely wife Michelle is a big supporter of his creative endeavors.
To learn more about Brian and his books, visit him here:
Website: www.brianclopper.com
Twitter: @brianclopper
Posted by Roger Eschbacher at 8:00 AM

Email ThisBlogThis!Share to TwitterShare to FacebookShare to Pinterest
Labels: 7 Questions, the craft, Wonderstorms